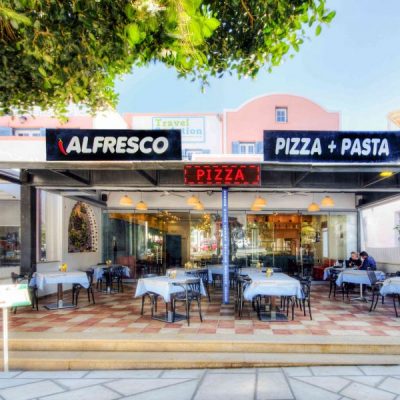 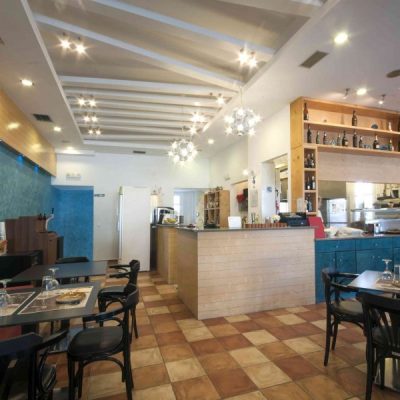 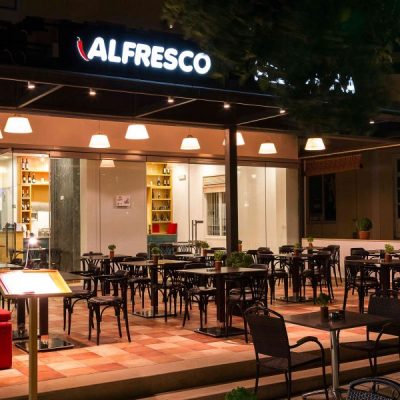 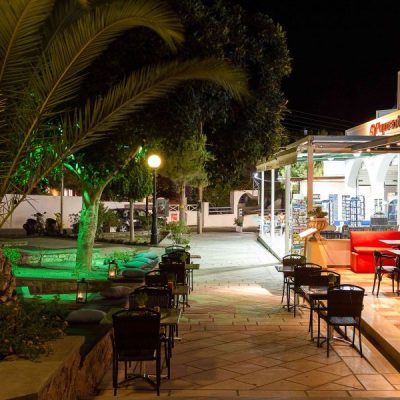 Be the first one to rate! Submit Review

Driving around in Santorini, we stopped at Kamari village. At the central square we found Al fresco. Christos, a calm and peaceful friend, is the owner and also the chef. He suggested spaghetti and homemade pizza. We added burger with fresh meat!

As starter, he offered homemade bread. Christos is a professional Italiian food Chef and he proved it. The fresh materials he used, gave an authentic taste. Also we could order wines and beers as the menu of the restaurant was really full of choices.

So, we went again and again. The second time we ordered chicken with cream and salads with tuna and homemade sauce. At the end , Christos just offered complimentary sweet with ice cream . Prices are so good!

Rate us and Write a Review

During our stay in Santorini, we visited Mesaria village. There we came across the white-washed Eucalyptus hotel, which was of course surrounded by eucalyptus trees. Slightly different than a standard hotel room,hotel Eucaly

Featuring breathtaking views of the caldera and the volcano, this luxurious boutique hotel offered us a perfect and relaxing experience during our stay in Santorini. Although we had a last minute booking, everything was in orde 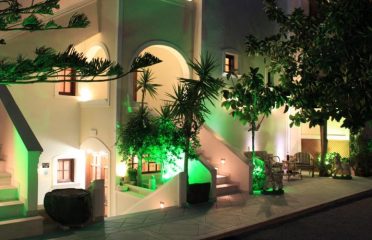 During our stay in Santorini we visited Castro hotel, close to the airport of the island. They welcomed us with great and warming hospitality. Mr also gave us a tour inside the hotel\'s areas and offered us a welcome drink. 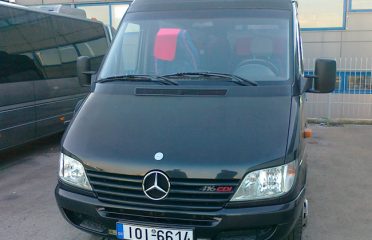 A very special day started! We met Giannis, the owner of Kafieris tours! A day before we had ordered the “made-to-measure” service, a tour of Santorini in places we had chosen to visit. Fira, oia, volcano, kamari, wine tasting 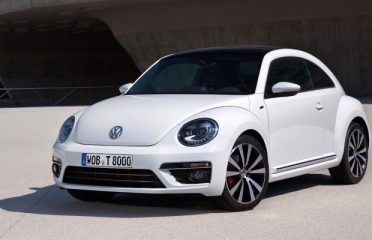 Travelling to Santorini one more time just for three days, we stayed in Fira, the center of the island. There are many car rentals there, but we took the best offer from Eurodollar rent a car. It was a fiat panda, brand new. The s 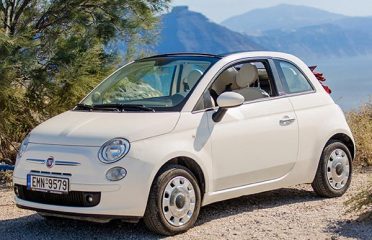 One of the best car rentals on the island is Vazeos car rental. Panagiotis, the owner is really professional on that business. Many types of new cars, transfer and pick up services and the same time, with really reasonable prices.

Santorini, Oia, Ia, 847 02, Thira, Greece
Open Now~
We use cookies to ensure that we give you the best experience on our website. If you continue to use this site we will assume that you are happy with it.OkPrivacy policy